See what’s inside this course´s archives ↓

See What’s Inside This Course 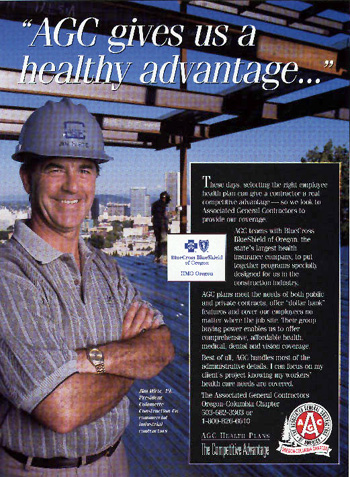 This portrait was a simple setup. A Norman 400B portable battery powered strobe was placed 45 degrees right of camera and bounced into an umbrella providing a nice key light. I tested until the light on his face was perfect and then I underexposed the sky by -1/2. It also helped that I placed him in the shade so that the sun did not create unwanted highlights on his and this allowed the strobe to be the only light on him. 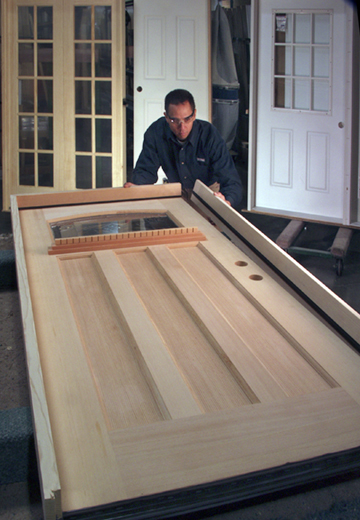 Consider for a moment the fill light placement in this shot.  The camera is right next to the door and if the fill umbrella is next to the camera, then so is the fill light for the most part. What this means is that the front of the door is getting much more light than the background.

Here is an example of a large group photo where keeping the lighting even across the group was challenging.  The photo was actually taken on two 9’ white seamless backgrounds so the client could knockout the background and use Photoshop to put in the green.  My key lights were placed on the left and in this case I used……..

Further back in the restaurant, the lights were all tungsten ceiling lamps and they create an amber color shift. In the case of this image, the color was normal near the front and shifted amber in the rear, which looks great in the photo. 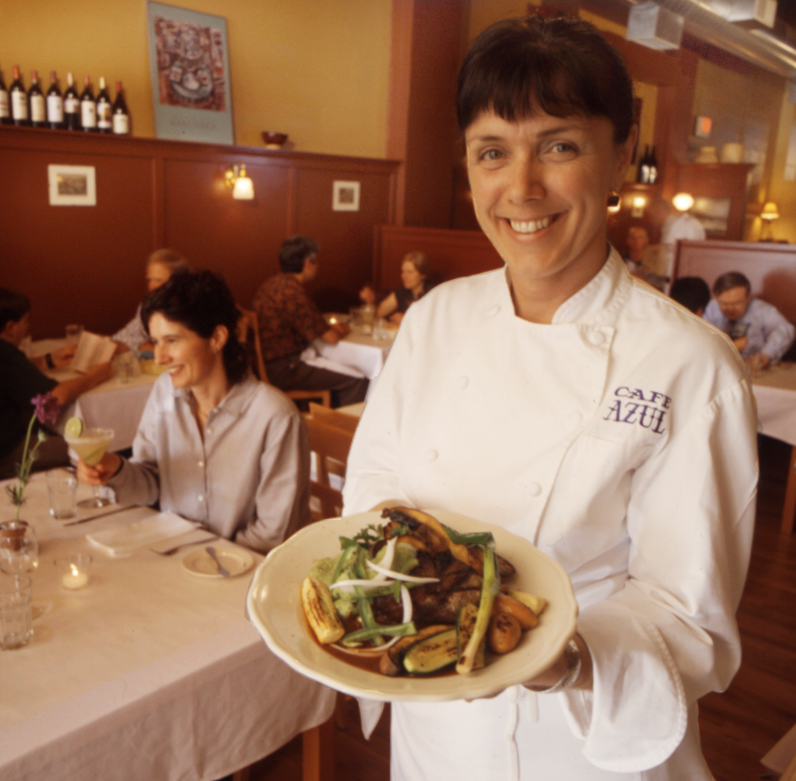 The subject always must have accurate color balance on them and often you can let the remainder of the scene color shift for an effect. This is also a very good example………. 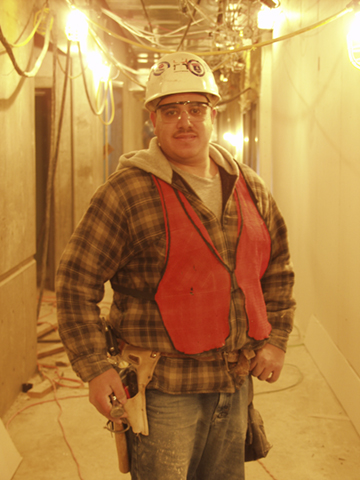 Here is an image with a bad color shift and it was a test shot. It was also a Dine and Dash one-light job (shoot very quickly) and it was a construction job site and in these hallways they …….. 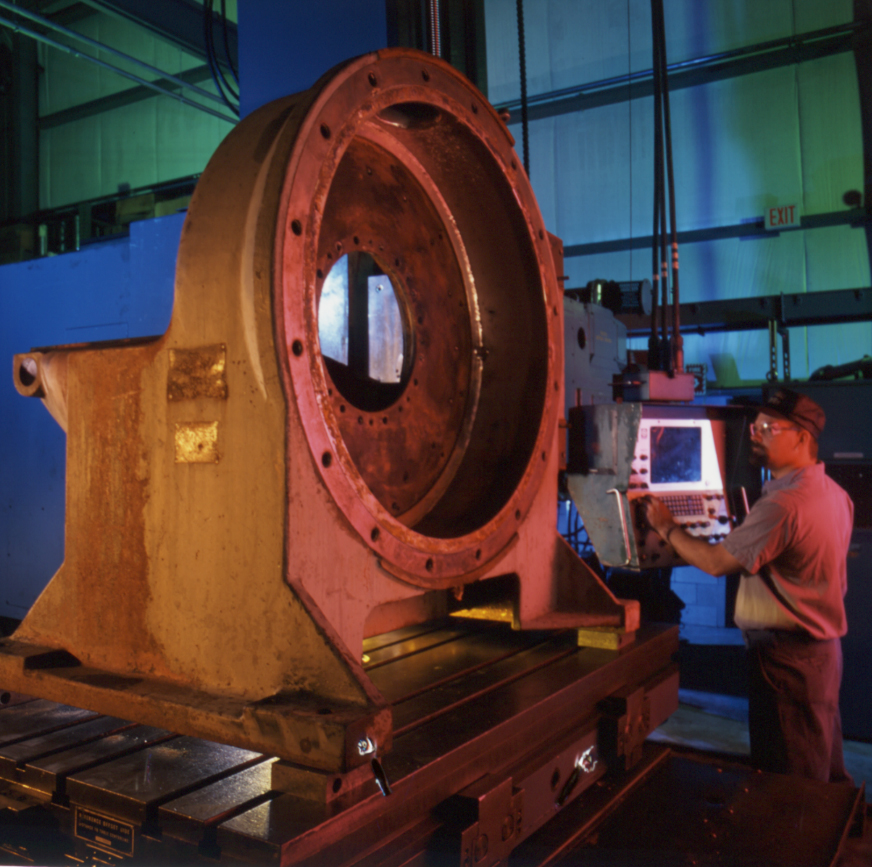 This example illustrates that the star of the photo was the casting, not the operator. The key light for the part was a large 78”x78” Lightform shoot through panel on camera right with a…………………………. 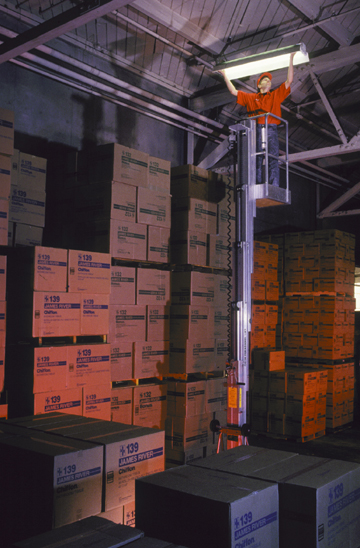 This client replaces lamps in high ceilings at a variety of locations such as this warehouse and grocery and department stores. Since he was going to be up there replacing the lamp, I decided that the lamp should be…………………………………… 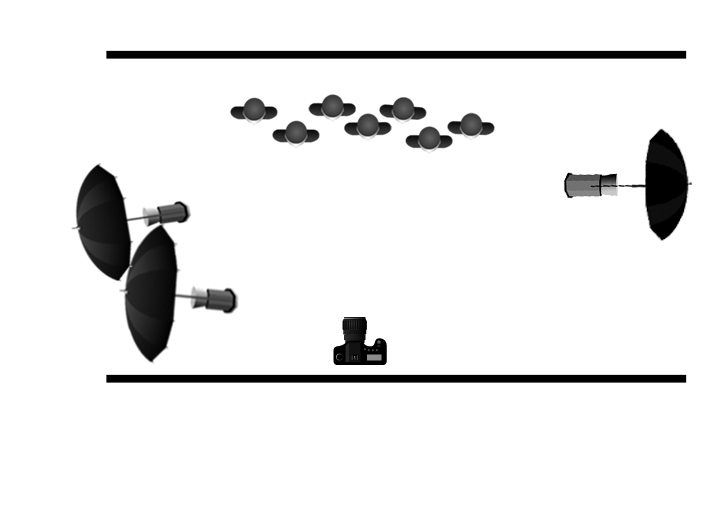 Here is the issue: how to evenly light a group this size and have no reflections in the glass behind. It took some time to figure it out. First the ceilings were not that high because that is one strategy of using height to feather a light to hit those in the back. 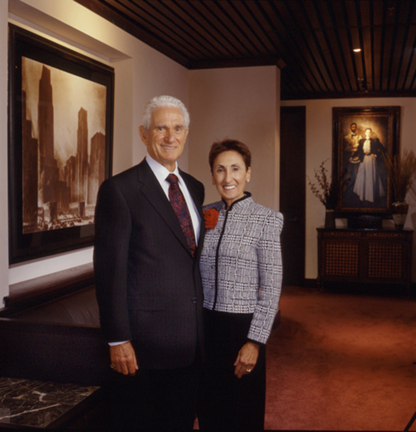 The last light we needed to add was another strobe (A) that was placed at the end of the hallway and around the corner to the left. The ceiling spot pointing at the family picture at……………………….