Sample This Course and See What’s Inside

F/stop or aperture on the other hand DOES controls the amount (or rate) of light allowed to expose the picture. This means that by changing your f/stop, you control the brightness of your flash exposure, just like an ambient outdoor exposure! Remember, we are in manual flash in this discussion, not TTL.

Here is an example: take a picture with the flash set on manual (not ETTL) and at full power let’s say that f/stop is f/11. The picture is too dark, so you open up your f/stop to f/8 to let in more light, hopefully creating the correct flash exposure. On the other hand, if the picture at f/11 is too light, you close the f/stop down to f/16 to let in less light from the flash. These concepts are vital: shutter speed does NOT control flash exposure while f/stop DOES. 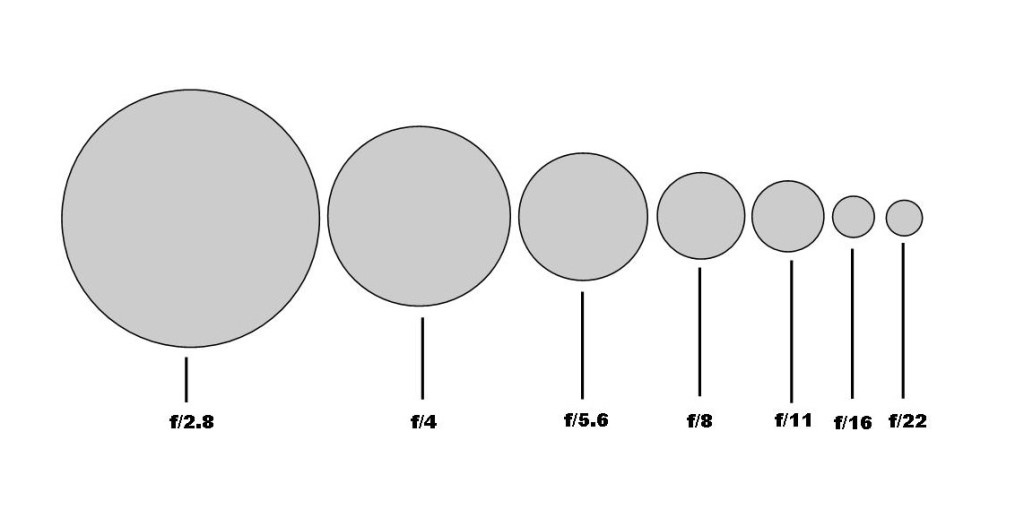 What you should do is try to gauge the distance from your position to the child on stage and then observe the flash’s range as illustrated on the back of the unit. These examples show this flashes range based on the f/stop set on camera: 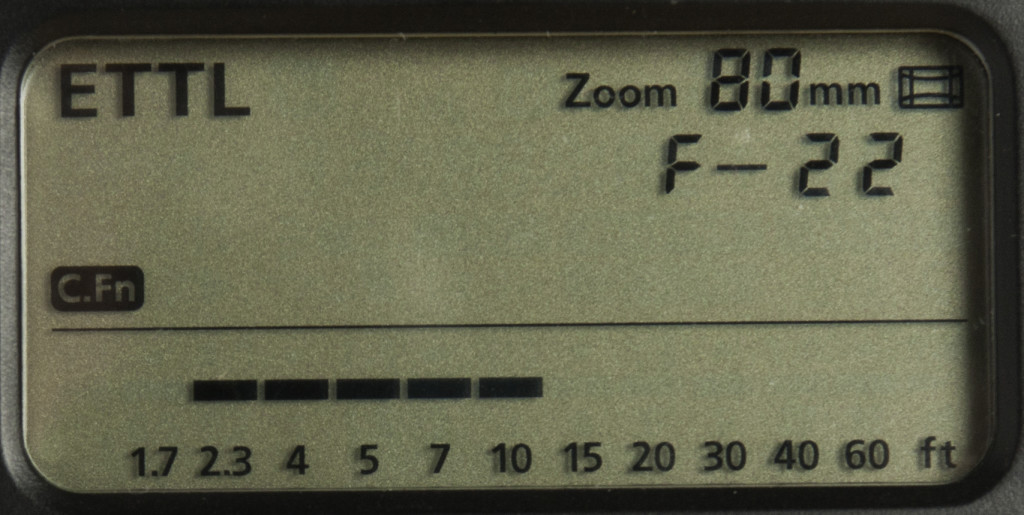 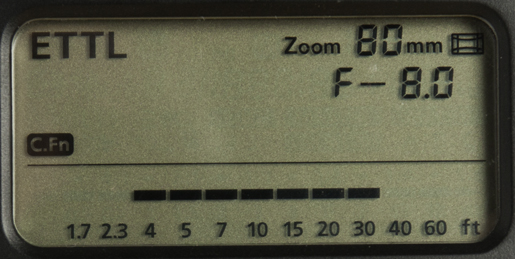 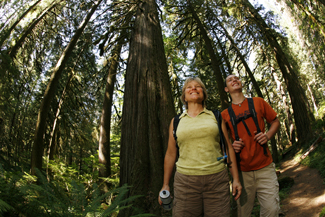 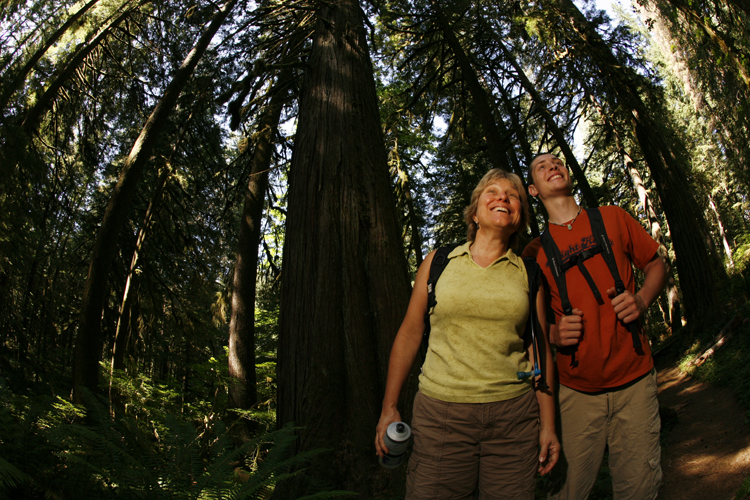 This image  is exposed at the cameras recommended settings with flash at full output. Notice that the subject does not stand out much from the background. The image on the right is also at full output, but I adjusted the ……… 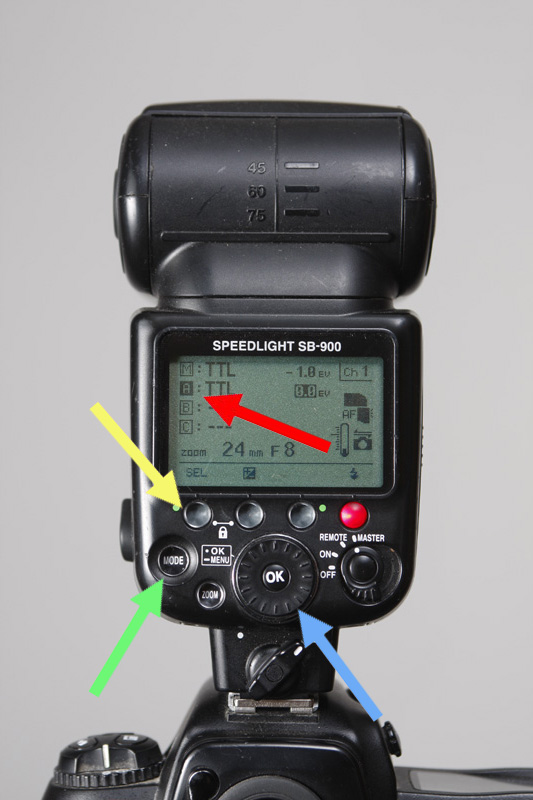 Now it is time to set up the REMOTE Flash and we do that from the MASTER flash. First, press FUNCTION button 1 (yellow) until you have highlighted GROUP A (red) and then PRESS OK. Press the MODE button (green) and spin the dial (blue) to select the flash mode (TTL or MANUAL). 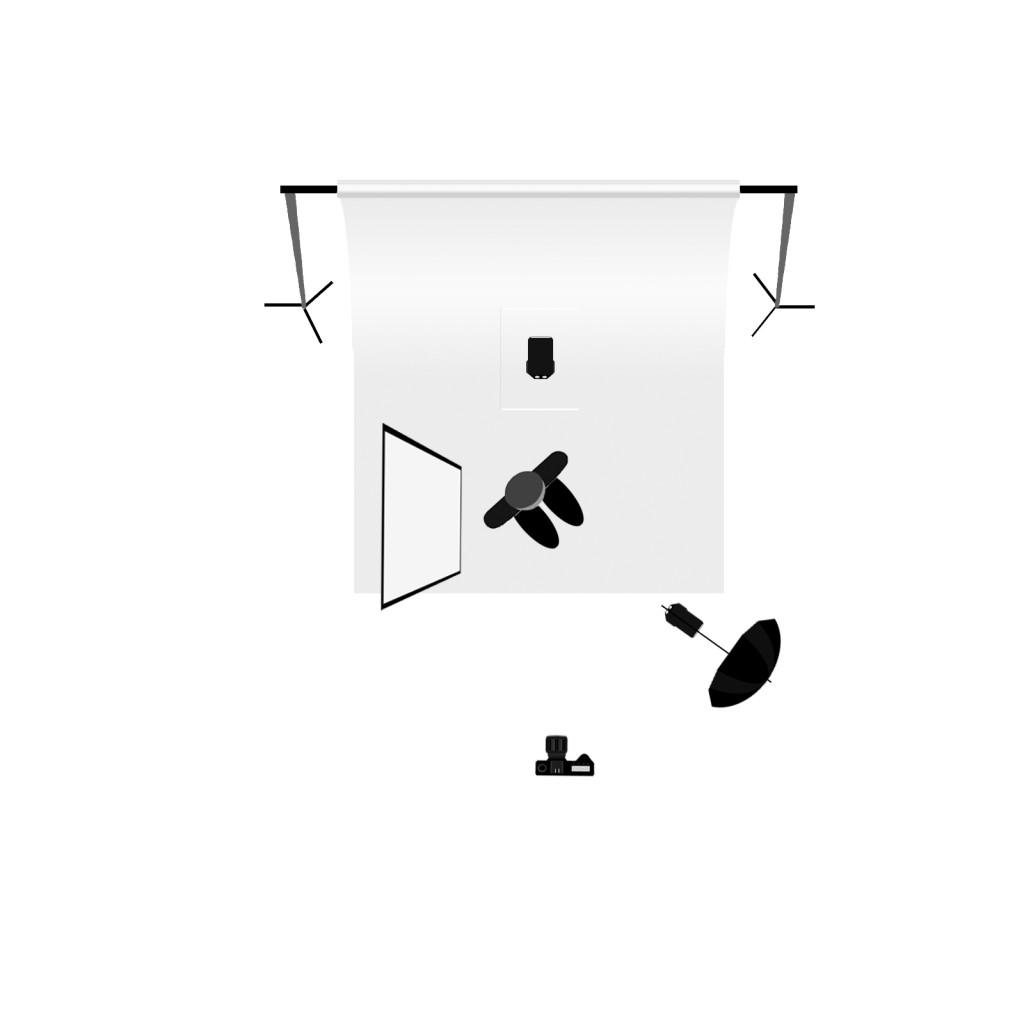 This portrait is a 2 flash unit set up starting with an umbrella and the flash attached to it like shown above and on a light stand. The umbrella is about 4’ from subject and at 45 degrees. I never use raw flash for portraits-it’s ugly! Instead of a fill flash, I am using a fill card on camera left. This can be white cardboard or poster board from the art store. It just needs to be white. This is attached with a clamp to a light stand and is just out of view on the left 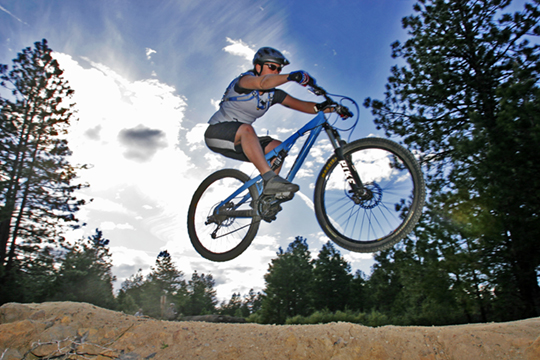 For this image, shot for the Camelbak Catalog, I needed to shoot right here because this is a jump that the mountain bikers fly off. But I was also shooting into the sun and that required a fast exposure. At my X sync speed of 1/250th, my f/stop was f/11 and I needed faster and a wider aperture, so I went into FP mode and used 1/1000 @ f/5.6.

I have always enjoyed the idea of hide-a-flash in places that create light and result in a cool effect. In this image I hid the flash behind the rock wall that my wife is standing on. There is a picnic table there and I just set the flash in its little table stand and added a radio trigger. 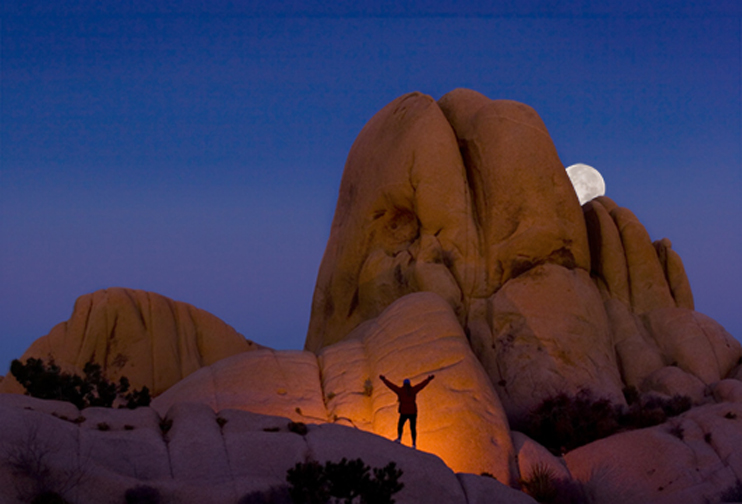 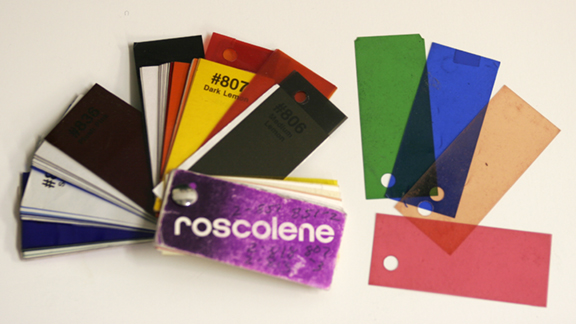 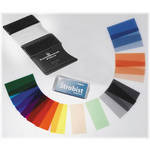 The swatch book (left) is a gel ‘sampler’ and looks something like this one, but not exactly, and it contains small pieces of gels that just happen to fit your flash head perfectly. You cut out the appropriate gel and attach it to your flash head so the light shines through it. If you choose the correct gel, your flash now matches the ambient light. You get way more gels in the sampler than the Strobist but you get instructions with Strobist. 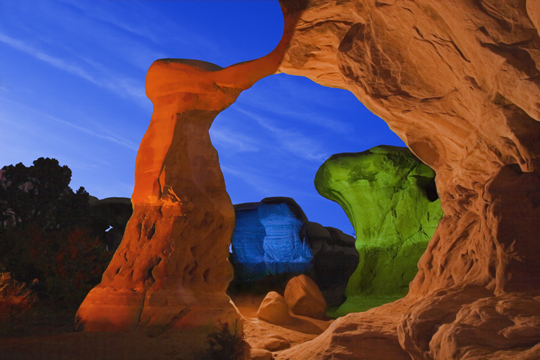 In the next photo I wanted to light this arch with colored flash. The first thing I did was shoot just the arch with a good sky and underexposed some, meaning I waited for the sun to set. Then without moving the camera, I waited for pitch dark and then set the camera to bulb so the shutter would remain open when pressed.

Enroll in this course for $49